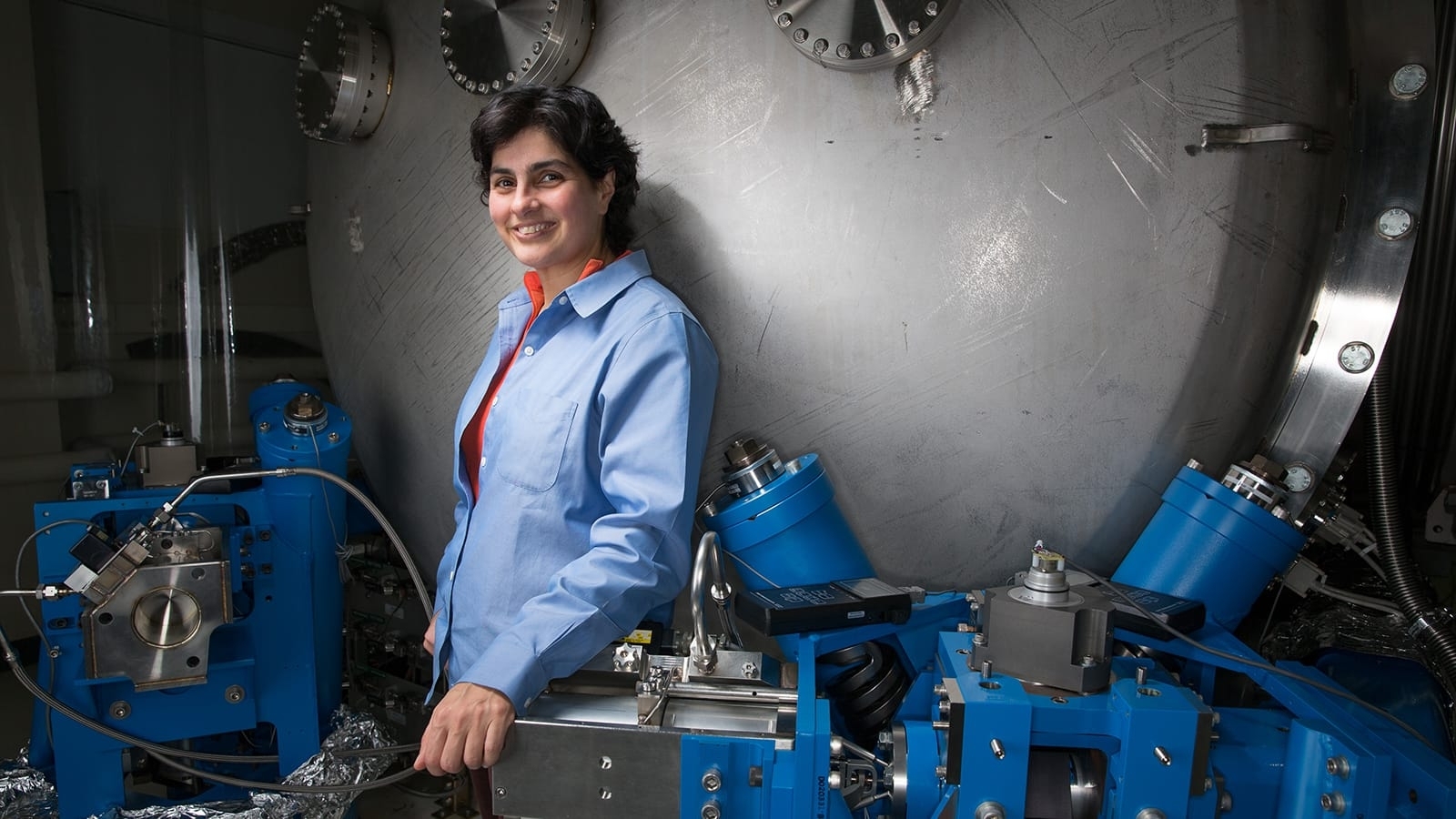 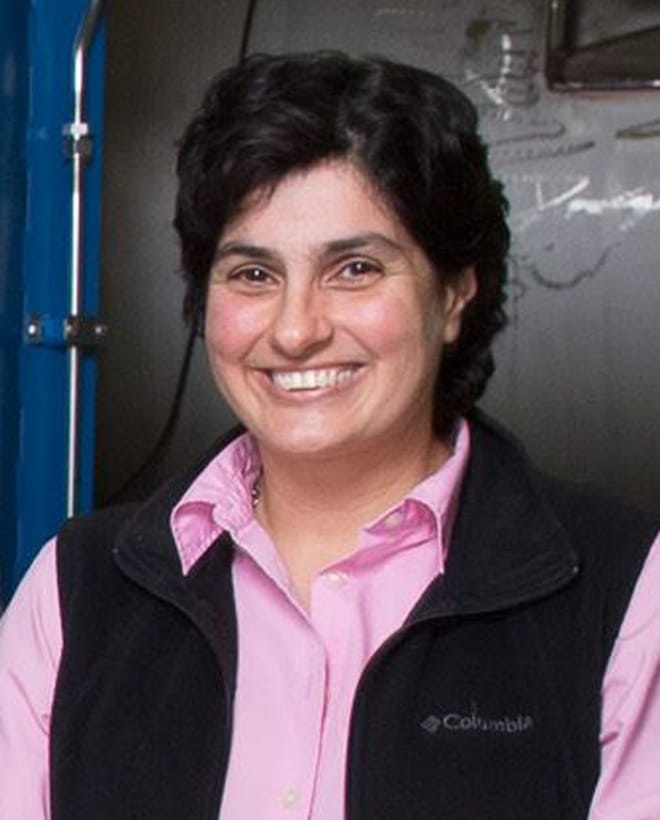 Intrepid explorer, inspiring role model: your work shifts paradigms and opens new windows onto the universe. With precision and originality, you have devised instruments that detect ripples in the vast expanse of space and time—raising ever-larger questions about the enigmas of the cosmos. In recognition of your stellar discoveries, we gratefully present you with the degree of Doctor of Science.

Nergis Mavalvala is an award-winning physicist, a pioneer in the detection of gravitational waves and of quantum measurement science. A longtime member of the scientific team behind the Laser Interferometer Gravitational-Wave Observatory (LIGO), which in 2016 detected the gravitational waves resulting from colliding black holes, she is the Curtis and Kathleen Marble Professor of Astrophysics at the Massachusetts Institute of Technology and was appointed in 2020 as dean of MIT’s School of Science.

Mavalvala was born in Lahore, Pakistan, and raised in Karachi, where she attended the Convent of Jesus and Mary, a Roman Catholic independent school. Her parents, who prized education, encouraged her to explore her interests in the STEM disciplines; the young Mavalvala was known for her skilled work, whether in the classroom studying math and physics or at the neighborhood bike shop repairing her own bicycle. She moved to the United States to attend Wellesley College, earned her bachelor’s degree in physics and astronomy, and enrolled at MIT to pursue her Ph.D. in physics. With her doctoral adviser, Rainer Weiss, she helped to develop the gravitational-wave detector technologies that are at the heart of LIGO — enabling scientific discoveries that earned Weiss and his colleagues the 2017 Nobel Prize in physics. Following a postdoctoral fellowship at the California Institute of Technology, she joined the MIT faculty in 2002.

“Be the light that illuminates the truth — not just your truth but the truth of others. Light and truth can drive out darkness, fear and ignorance, apathy and anger.”

The LIGO discovery—ripples in the space-time fabric caused by the motion of black holes and neutron stars—has been widely hailed as the dawn of a new era in astrophysics, enabling researchers to observe objects in the universe that are not visible with light. Thus, Mavalvala’s research has been instrumental in capturing the witheringly faint warping and rippling of the very structure of space-time to observe violent cosmic events. To further this research, she has conducted experiments on generation and application of exotic quantum states of light, as well as on laser cooling and trapping of macroscopic objects to enable observation of quantum phenomena in human-scale systems.

For her groundbreaking research and her role in achieving the LIGO discoveries, Mavalvala has received numerous awards and recognitions, including a Sloan Foundation Fellowship (2005), a MacArthur Fellowship (2010), the Gruber Prize in Cosmology (2016), and the Carnegie Corporation’s Great Immigrant Award (2017). In 2014 she was honored as the LGBTQ Scientist of the Year by the National Organization of Gay and Lesbian Scientists and Technical Professionals. She is a fellow of the American Physical Society and an elected member of the National Academy of Sciences.

Mavalvala, who has been an outspoken voice for equality and women’s access to education, is a dedicated mentor and a highly visible role model for the LGBTQ+ community. In 2012 she received the MIT School of Science Prize for Excellence in Undergraduate Teaching. In addition to speaking at Yale during academic conferences, she visited campus to attend the 2016 Gruber Cosmology Conference, which celebrated the LIGO team’s Gruber Prize earlier that year. She also delivered the Leigh Page Prize Award Lectures, hosted by the Department of Physics, in 2018.